Registration is mandatory. Registered participants will receive a Webex link one day before the event. Registration deadline: 13 December 2021 at 20:00

Cooperation project with the Representation of the European Commission in Austria.

Michael Byers holds the Canada Research Chair in Global Politics and International Law at the University of British Columbia in Vancouver. His work focuses on the Arctic, Outer Space, the laws of war, and Canadian foreign and defence policy.

EU in the Arctic

Russian Federation in the Arctic

Denmark and Nordic Countries in the Arctic

Physically remote from most European countries, and present in the media as an example of accelerated climate change transformation, Arctic has become a new political battlefield.

While eight Arctic States are represented in the Arctic Council - Canada, The Kingdom of Denmark (Greenland and Faroe Islands), Norway, Iceland, the Russian Federation, USA, Finland, and Sweden-, China also aspires to fulfill its ambitions.

China “calls itself a “near-Arctic state” and has plans for a “polar silk road” to make use of Arctic shipping routes and resource extraction projects,” describes The Economist.

Who is who in the Arctic? What are the aspirations of major protagonists? Can Arctic be a region for big power cooperation, or it will be a new battleground? 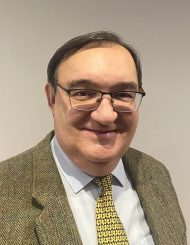 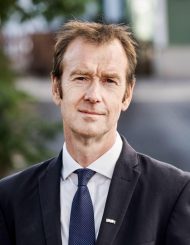 EU Special Envoy for the Arctic

Michael Mann has been Special Envoy for Arctic matters since April 1, 2020. Prior to that, he was the EU’s Ambassador to Iceland. Between 2011 and 2017, he was head of Strategic Communications at the European External Action Service, doubling up as Chief Spokesperson to High Representative/Vice President Catherine Ashton from 2011 to 2014.

Deputy Head of Department at Ministry of Foreign Affairs of Denmark, Arctic, and North America. 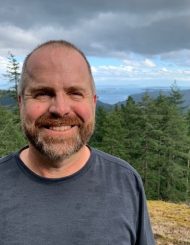 University of British Columbia in Vancouver

Michael Byers holds the Canada Research Chair in Global Politics and International Law at the University of British Columbia in Vancouver. His work focuses on the Arctic, Outer Space, the laws of war, and Canadian foreign and defence policy. Professor Byers has been a Fellow of Jesus College, Oxford University, a Professor of Law at Duke University, and a Visiting Professor at the universities of Cape Town, Tel Aviv, Nord (Norway) and Novosibirsk (Russia). His most recent book is International Law and the Arctic, published by Cambridge University Press. Professor Byers is a regular contributor to the Globe and Mail, Canada's national newspaper.