Has the mainstream media been balanced or biased; belligerent or neutral?

Registration is mandatory. Registered participants will receive a Zoom link one day before the event. Registration deadline: Monday 23 May 2022, at 14:00CET

Tim Judah, journalist and author. (The Economist) He spent three months in Ukraine reporting on the war for The Financial Times, New York Review of Books and The Economist. Europe’s Futures Alumni. Based in London.

Alexey Kovalev, journalist, head of investigative desk at Meduza. He left Russia, on foot, when the war started. He follows political and war developments from the Meduza headquarters in Riga, Latvia. Based in Riga.

Dr Anna Litvinenko, academic researcher and journalist, Freie Universität Berlin, has been monitoring German media and its coverage of Russia for almost a decade. Based in Berlin.

Since 24 February 2022 when Russian Federation invaded Ukraine, the war has been in the headlines of mainstream, alternative, general, specialized, international, national and local media. Many outlets sent their reporters, others relied on agencies. Opinions proliferated, by both experts and those who ignore the context.

How can the first three months of the coverage be evaluated? 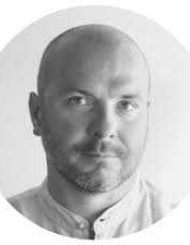 Alexey Andreevich Kovalev is a Russian journalist, translator, media manager and commentator. He is the head of investigative desk at Meduza, Russian news outlet, based in Riga, Latvia. Alexey has been working as a journalist in Russia for over twenty years, writing for local and national papers, magazines and websites: Stolichnaya Vechernyaya Gazeta, Time out Moscow, Snob.ru, Ria Novosti, Noodle Remover, The Moscow Times and Coda Story.

He has also contributed to the international media: The Guardian, The New York Times, Washington Post Foreign Policy, etc.

Kovelev was born in Moscow, where spent there most of his life, except for the three years he lived in London, UK, where he obtained his MA degree. In March 2022, after Moscow introduced the new media law, practically criminalising all independent reporting, Kovalev left the Russian Federation. On foot. He currently lives in Riga. 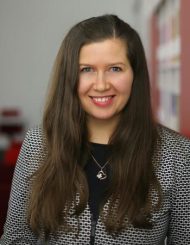 Anna Litvinenko, PhD, is a researcher at the “Digitalization and Participation” department of the Institute for Media and Communication Studies, Freie Universität Berlin. In 2015–2020, she was a member of the Emmy Noether Junior Research Group “Mediating (Semi-)Authoritarianism––The Power of the Internet in the Post-Soviet World” at FU Berlin. After receiving her PhD in 2007 in Russia, she worked as an associate professor at the Department of International Journalism of Saint Petersburg University (SPbU). Anna is a recipient of several grants including fellowships of the German Bundestag and of the German–Russian Forum (the “Journalists from Russia” programme). She has been a practicing journalist since 1996 and has received several journalism awards, among them the Special Prize of the Peter-Boenisch Contest of the German–Russian Forum “Petersburger Dialog” (2010). In 2011–2012, as a recipient of the German Chancellor Fellowship for Prospective Leaders (Alexander-von-Humboldt-Foundation), she was a visiting researcher at FU Berlin. 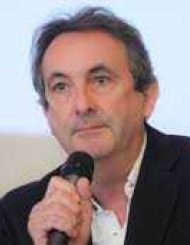 Tim Judah is a journalist and author and covers the Balkans and other regions as a correspondent for The Economist.

Dr Laura Pérez Rastrilla is a lecturer in Mass Media History at Complutense University of Madrid. Her expertise, publications and research interests focus on strategic communication in international organizations, and media coverage of armed conflicts and political campaigns.

Pérez Rastrilla got her PhD in Communication at the Complutense University of Madrid, with a thesis on how Spanish media covered the 1999 NATO bombing of Serbia. 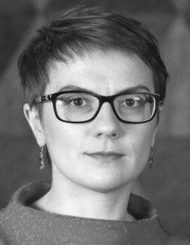 Nataliya Gumenyuk is a Ukrainian journalist specialising in foreign affairs and conflict reporting, and author of Lost Island: Tales from the Occupied Crimea (2020). She is the founder of Public Interest Journalism Lab and co-founder of the NGO TV, Hromadske. She publishes in both Ukrainian and international media.

Leif Lonsmann has more than 40 years of media experience as a journalist, editor in chief and CEO for the Danish National Public Service broadcaster (DR). Lonsmann posesses 30 years of experience in teaching, education and media consulting in more than 30 countries. Since 2018 he has been an independent consultant, media adviser and project manager, covering a wide range of subjects, including media legislation, media management, media literacy, safety of journalists, journalism ethics, fact-checking and science communication. He is currently a senior advisor at the Nordic Journalist Centre, and a member of the International Press Institute, IPI.