Only registered participants will receive a Zoom link one day before the event.

With over 20 years of experience in both Chinese and English media world, Wu has reported for the CCTV, South China Morning Post, the Initium Media, and the Portrait Magazine, among others. She has also worked as a consultant for numerous international organisations.

Originally from Lanzhou, Gansu province, Vivian Wu holds a BA in English and Literature from the Renmin University of China; MA in International Communication from the Beijing University and an MA in Political Science from The New School (New York).

Beijing observes with interest the war developments in Ukraine. Western media speculate that China can profit from its outcome and enhance its already strong international role.

While it is premature to foresee the outcome of the conflict, or the new geopolitical positioning, it is important to understand how the war is perceived and covered in China. 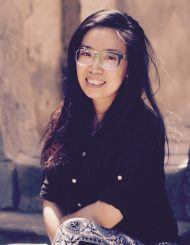 Vivian Wu is an award-winning journalists and the former Head of BBC World Hong Kong Service Bureau as well as news editor of BBC Chinese.