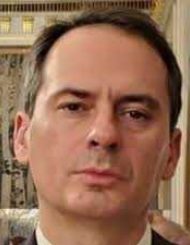 Christo Grozev is a lead Russia investigator with Bellingcat, focusing on security threats, extraterritorial clandestine operations, and the weaponization of information. He joined Bellingcat in 2015, and has been involved in high level data-driven investigation that led to identifying the officers who poisoned Russia’s opposition leader, Alexei Navalny (2020), he identified the suspects in the Novichok poisonings in the UK (2018), which earned him and his team the European Prize for Investigative Journalism; he identified two senior Russian officer linked to the shooting down of flight MH17 in 2014, as well as GRU officers involved with the planned coup In Montenegro in 2016.