Registration is mandatory. Zoom link will be sent out one day before the event. Registration deadline: Wednesday 6 July 2022, 20:00CEST

Angelina Davydova is the most prominent Russian environmental and climate journalist, writing for international media, NGOs and think-tanks. She co-hosts the English-language podcast The Eurasian Climate Brief. Angelina is a frequent university lecturer and seminar speaker in Russia, Germany, and the US.

Prior to leaving Russia in March 2022, she wrote for the daily Kommersant, edited the magazine “Environment and Law” and hosted a program at Echo Radio Station in Moscow.

Angelina Davydova is currently a fellow of the journalistic program Media in Cooperation and Transition (MICT) in Berlin.

Russia’s invasion of Ukraine on 24 February 2022, the ensuing international economic sanctions against the Russian Federation, as well as diminished (or halted) gas delivery to Europe will have both environmental and climate consequences.

Moscow’s elimination of numerous environmental regulations in the country’s industries will have immediate and long-lasting environmental and climate consequences. The decision of some EU countries to reintroduce coal is not climate-friendly either.

The environmental and climate impact stretches beyond Europe.

The conversation with Angelina Davydova will explore the impact of the war and changed Russian regulations on both environment and climate. 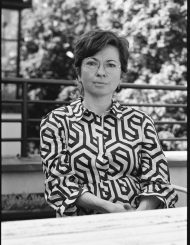 Angelina Davydova is an environmental and climate journalist, writing for the Russian and international media, NGOs and think-tanks. She is a co-host of the English-language podcast The Eurasian Climate Brief.

Davydova was based in St. Petersburg, Russian Federation, until March 2022 (when she had to leave the country because of her anti-war position) and is now resides in Berlin, Germany.

In Russia, Davydova wrote for Kommersant, edited the magazine "Environment and Law" and hosted a radio program on Echo of Moscow in St. Petersburg.

Davydova is currently a fellow of the journalistic program Media in Cooperation and Transition (MICT) in Berlin. She is a climate journalism coordinator with n-ost, a Berlin-based network for cross-border journalism and has been an observer with the UN climate negotiations (UNFCCC) since 2008. She is a member of the World Future Council since October 2020.

Angelina Davydova has been delivering lectures and participating in seminars at numerous universities in Russia, Germany, and the US. She also organizes trainings on environmental and climate journalism and communication for media and NGO professionals.

She has graduated from The St.Petersburg State University of Economics and Finance in 2000 and completed a number of international educational and professional development programs, including the Thomson Reuters Foundation programme in Oxford University (2006), City of Hamburg Young Leaders Internship Program (2009), Beahrs Environmental Leadership Program (UC Berkeley, California, 2012) and Humphrey Fellowship (UC Davis, 2018-2019

From Story to Book: How a Journalist becomes an Author