Registration is mandatory. Registered participants will receive a Zoom link one day before the event. Registration deadline: Wednesday 8 June 2022, at 20:00 CEST (14:00AM EST)

Richard Parker, economist and public policy expert, lecturer at Harvard’s Kennedy School of Government and Senior fellow at School’s Shorenstein Center on Media, Politics, and Public Policy. Founder of Mother Jones magazine. Former advisor of Senators Kennedy, Daniel P. Moynihan and McGovern. From 2009 to 2011, along with Joseph Stiglitz and Jeff Sachs, he was economic advisor to Greek Prime Minister George Papandreou. Based in Cambridge, Massachusetts.

Washington has pledged support for Ukraine and approved the biggest arms, economic and humanitarian aid package since 1945. It has also provided intelligence and training.

What is political and economic thinking behind the current policy decisions? Is there a bipartisan support? What have been the main policy debates? How long can the US sustain this high-profile support? Can the midterm elections, scheduled for 8 November 2022, alter political aims and foreign policy priorities?

Since Russia invaded Ukraine on 24 February 2022, US objectives regarding the outcome of the war seem to be shifting, as several US media noted, from liberating Ukraine to defeating Russia. Is the final goal clear for the US citizens and the Western allies?

Does the US president Joe Biden have popular support for his policy towards Ukraine? What does the US public think about the war in Ukraine? Is the public ready for a long- term support?

What has been the role of the media in shaping policies towards Ukraine?

Bruce Stokes will explore public attitudes towards the war in Ukraine, Russia, and government policies, while Richard Parker will focus on debates and policy choices that have dominated the US public sphere. 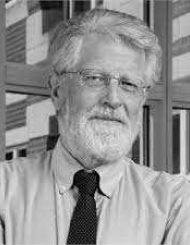 Richard Parker is Lecturer in Public Policy at Harvard’s Kennedy School of Government as well as the Senior Fellow of the School’s Shorenstein Center on Media, Politics, and Public Policy. He teaches public policy. 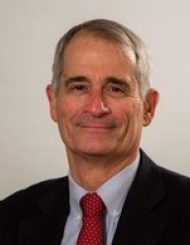 Bruce Stokes is a visiting senior fellow at the German Marshall Fund of the United States. Previously he was the executive director of GMF’s Transatlantic Task Force: Together or Alone? Choices and Strategies for Transatlantic Relations for 2021 and Beyond.

Environmental and Climate Consequences of the War in Ukraine

From Story to Book: How a Journalist becomes an Author